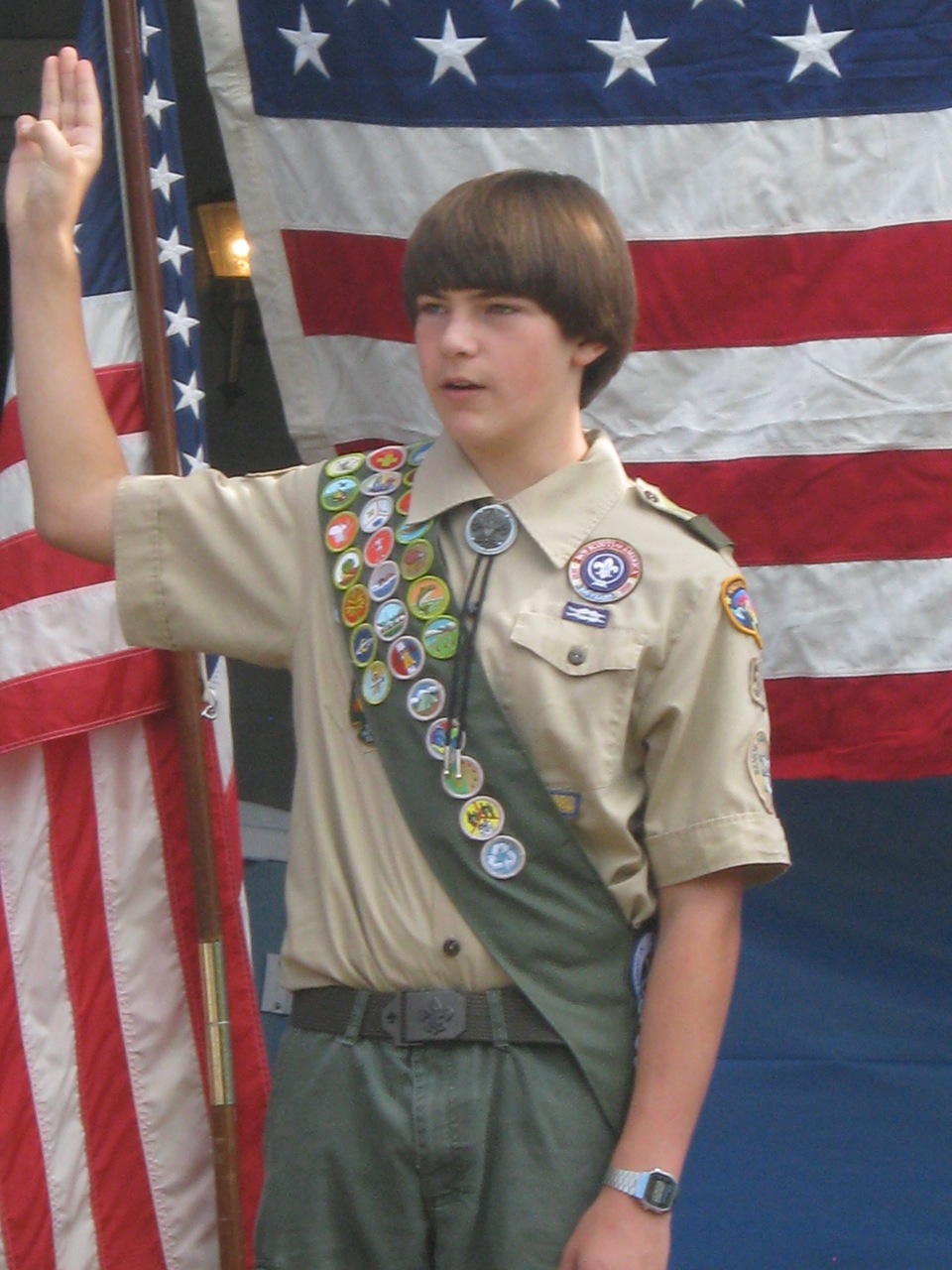 Last month, a young man named Joshua Parker from Farmington was awarded Eagle Scout Rank as a member of Farmington’s Troop 50.  Joshua completed his Eagle Scout Service project work, along with some 20 other merits,  through a partnership with The Green Angels, a  local 501c3 charity based in Palmyra which aims to enrich the quality of life for children in need in Wayne County with basic life needs at no cost.  “Mr. Parker’s work was motivational as he collaborated with over a dozen local businesses, churches and organizations to collect more than 600 hats, coats, gloves and scrarves throughout the year for residents in our County who struggle to stay warm.  The challenge for families in our community continues to grow as many are faced with difficult economic decisions each day, having to choose between food, medicine, fuel,  and heat.“, says Bill Doyle,  who co-founded the charity with wife and President,  Marya Vande-Doyle in 2008.

If that weren’t enough, Joshua rallied fellow Troop 50 Scouts to build 10 collection boxes to be used as collection stations for future use.  Marya Vande-Doyle states,  “Joshua inspired Lowe’s in Macedon and Canandaigua to donate all the building materials, while enlisting churches and schools to act as collection points.  His planning and dedication to this project spanned over a year’s time and his work directly impacted folks in our community, an impressive accomplishment for a 13 year-old”.  To earn this prestigious rank, an Eagle candidate must plan, develop, and lead aservice project that demonstrates both leadership and a commitment to duty.  Less than 5% of Boy Scouts ever achieve the National honor of Eagle Scout Rank.  Famous Eagle Scouts include men such as President Gerald Ford , Neil Armstrong, Sam Walton and Steven Spielberg.  During the ceremony where Joshua received his honors, congratulatory letters of recognition were read from Rex Tillerson BSA President, Robert Mazzuca Chief Scout Executive, Town of Farmington, US Congressman Tom Reed, NYS Governor Andrew Cuomo, S. E. Pennington CDR, USN Commanding Officer and NYS Assemblyman Sean Hanna.  The citing of commendations concluded with comments from the letter of NYS Senator Michael Nozzolio. “Joshua is a credit to his family, his school, his community and his nation and no doubt his future will be filled with accomplishments of equal importance; now therefore be it resolved that this legislative Body paused in its deliberations in recognition of the significance of this meritorious achievement, to congratulate and honor Joshua K. Parker on achieving the rank of Eagle Scout.”

The items Joshua Parker collected were offered as part of The Green Angels’ Annual Holiday “Free-Cycle” Program, which is held each December.  Last year’s event drew over 100 volunteers and served 850+ individuals from around Wayne County.

A nonprofit, tax-exempt charitable organization under Section 501(c)(3) of the Internal Revenue Code. Donations are tax-deductible as allowed by law.

Giving forward and back